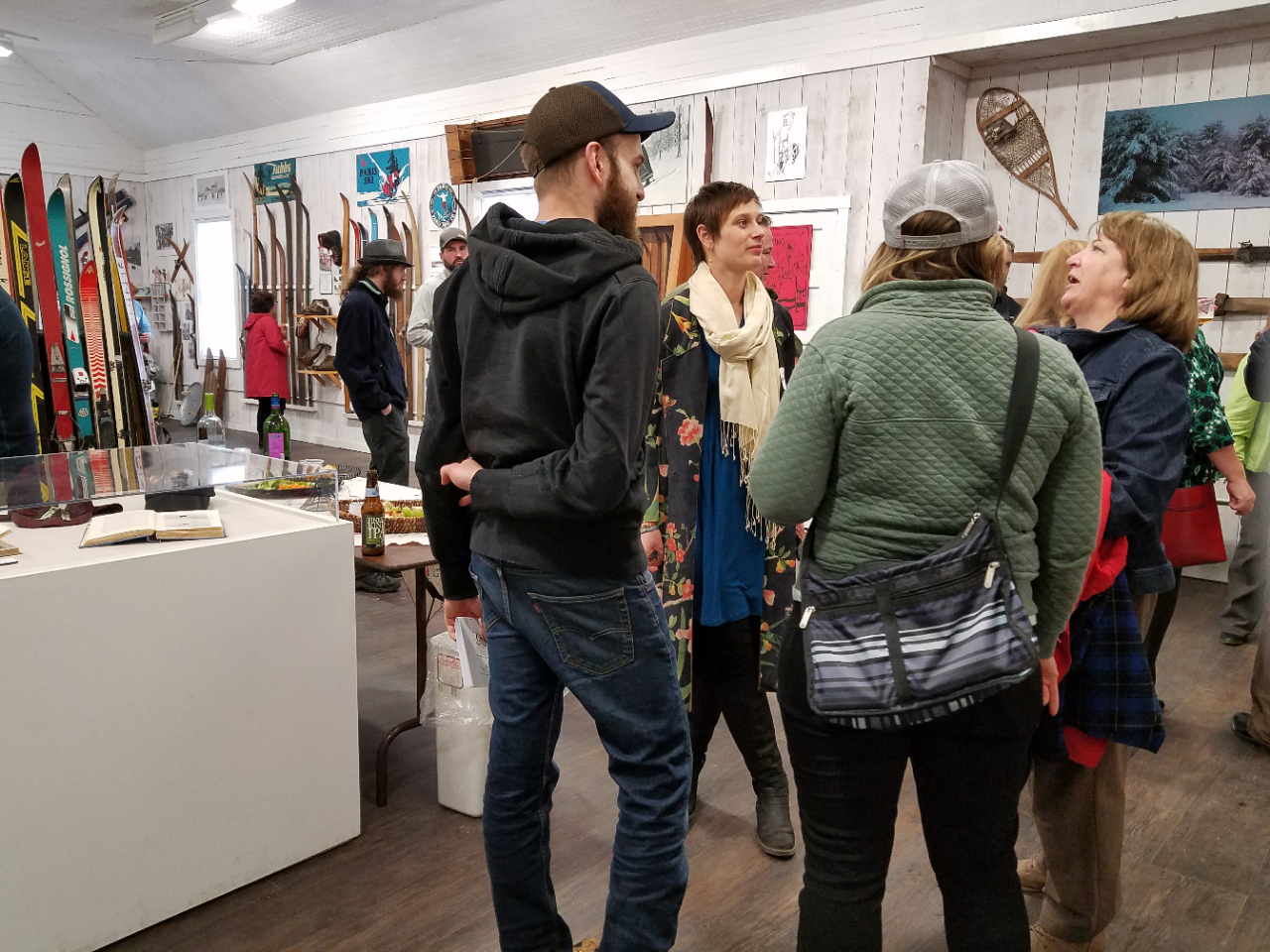 The Maine Ski and Snowboard Museum

Maine is very rich in ski and snowboard history, yet many people do not realize it nor recognize the place this history holds within the American winter sports world. Because of this, many of those who have valued the special spirit our sport entails are concerned this history will be lost. It is this concern which motivated the founders of the Maine Ski and Snowboard Museum to organize and create our museum.

MSSM's mission is to “celebrate, preserve, and share the history and heritage of Maine skiing and snowboarding". The board of directors has undertaken a number of projects to identify and preserve our skiing heritage and to share this heritage with all generations.

History of the Maine Ski and Snowboard Museum

The Maine Ski and Snowboard Museum was founded in 1995 by Donald Fletcher, Greg Foster, and Donald Hayes, all members of the Sugarloaf Mountain Ski Club. During its first decade, this group formed a nonprofit [501 (c)(3)] corporation and obtained a grant to store and accession an initial collection of documents and artifacts. New members joined during these first 10 years, and the nascent Museum published a newsletter. In 2011 the Museum established the Peter C. Friend Endowment, a milestone in its drive toward long-term financial stability.

In 2006 the Museum opened a physical exhibit in Farmington and hired an Executive Director to oversee the facility and direct the Museum's operations. In 2009,, the Museum moved to downtown Kingfield, above what was the Sugarloaf Outlet store. Now, we are looking forward to greeting guests this ski season at our new location on the Sugarloaf Access Road - old Condo Check-in building.

The focus of the Museum is centered on educating everyone about our significant Maine ski and snowboard history. Past exhibits include an exhibit on Paris Manufacturing with a video "From Tree to Ski" which explains how skis were manufactured in the 1930's. "Bass" Boot display was included in the Paris exhibit. The "children's" corner with examples of early ski figurines, skis, sleds, toys and such to bring back early memories of skiing. A replica of a "King & Dexter" ski shop which included tools that were used in the shop, skis, boots, metal edges and many other items. A display of Theo Johnson artifacts which included a kit of replica skis he used selling products through his company, "Tajco" out of Portland Maine in the early1900's. A display of the 10th Mountain Division memorabilia from the second World War shared the story of the men that fought in the Appenine mountains in Italy.  "Lost" ski areas and "Open" ski areas, a map with identification of both types of areas with information on Pleasant Mountain which is now called Shawnee Peak, Sugarloaf, Squaw Mountain, Mt. Agamenticus, and many more interesting ads and memorabilia from Maine's resorts. Something for everyone to enjoy.

In December of 2018, the exhibit - "Maine Olympians From the Pine Tree State to the World Stage" was unveiled. This exhibit shares the remarkable stories of the many Maine athletes, coaches, officials, and many volunteers that have a been in the Winter Olympics since 1948.

The Maine Ski and Snowboard Hall of Fame was inaugurated in 2003 as a semi-independent program. More than 150 men and women who have made outstanding contributions to the sport and business of skiing and snowboarding in Maine have been inducted. The Hall of Fame’s annual induction ceremony, held in October, is the Ski Museum’s top social event and a major fund-raiser.

We hope that you will renew or become a new member and help us to continue our mission to "Celebrate, preserve, and share the history and heritage of Maine skiing and snowboarding". Your support will allow us to continue to maintain and expand our collection, improve our exhibits in the museum, and the Bethel Historical satellite exhibits, collect oral histories and develop on-line seminars to share stories.

The Maine Ski and Snowboard Museum is now closed as preparations are being made for our new location on the Sugarloaf Access Road - the old Condo Check-in building on the right. We look forward to sharing new, exciting exhibits.

Here is a short clip about the Maine Ski and Snowboard Museum.